Scroll down for portfolio—a glimpse into previous doings and collaborations.

Check the events page for any upcoming stuff

Related Articles/Blog Posts I’ve Written: Sorrow and Jest at the Second Annual Feast of Fools ; Thoughts on Eco-poetics and Prepositions, Ecosomatics and Singing

Recommended Book/Essay Resources: Moving Consciously by Sondra Fraleigh; Kazuo Ohno’s World: From Without and Within, by Kazuo Ohno and Yoshito Ohno; This Very Moment by Barbara Dilley; Strange Tools by Alva Noe; Moment Work by Moises Kaufman and Barbara Pitts McAdams; Body and Earth by Andrea Olsen; The Artist’s Way by Julia Cameron; The Elements of Style by Suzan-Lori Parks; The Theatre of Grotowski by Jennifer Kumiega; One Endless Dance: Tanaka Min’s Experimental Practice

“…to put it another way//I would give all metaphors//in return for one word//drawn out of my breast like a rib//for one word//contained within the boundaries//of my skin//but apparently this is not possible//and just to say—I love//I run around like mad//picking up handfuls of birds//and my tenderness//which after all is not made of water// asks the water for a face..” (Zbignew Herbert) 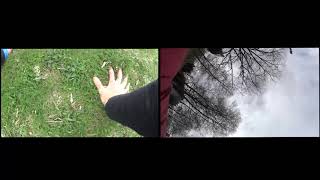 Dancing on the Edge at Flowers Gallery

RISE: Relationship is Self Existing

All Birds are Phoenixes

The Conference of the Birds

Click here for an excerpt from my 2017 unpublished play manuscript, Metta Physics; or The Great Flash. This play is the result of a collision between romance, quantum physics, and trauma.

Click here to read the 2014 manuscript for Tantalus, which was produced at the Manhattan Repertory Theater. This uncanny take on the greek myth was originally envisioned as part of a horror-themed halloween festival.

Currently based in Central Virginia, among Monacan land

[Available for collaborations at-a-distance as well as locally]

Reach me at: victoria at bodymettaspore.com